Treasury says $27 billion in JobKeeper payments went to businesses whose turnover either increased or did not decline as much as required, but has dismissed calls to introduce a clawback mechanism and defended the scheme’s design.

To qualify for the $1,500 payment for the first six months, businesses with a turnover of less than $1 billion needed to forecast a 30 per cent decline in revenue in any single month or quarter of the six-month period.

Those with turnover above $1 billion needed to forecast a 50 per cent decline.

Treasury’s analysis confirms that through the three months to June last year, $11.4 billion went to businesses that did not suffer their forecast 30 per cent or 50 per cent drop in turnover.

Another $15.6 billion was paid out in the three months to September to businesses that did not suffer their forecast 30 per cent or 50 per cent drop in turnover.

Annual turnover increase, excluding those whose growth fell in the quarter:

But Treasury said the bulk of those that received the wage subsidy for their employees, despite not experiencing minimum required declines in turnover, were not big businesses.

Treasury says in its report that the $27 billion figure is based on a sample of two-thirds of the businesses that received assistance – roughly $47.6 billion of the $70.3 billion paid in the first six months of JobKeeper.

The Treasury sample data excludes not-for-profits, new businesses and businesses that were part of consolidated groups where JobKeeper was received as part of a larger corporate group.

In its three-month review of JobKeeper, which was finalised in late June, Treasury continued to let companies test on expected, rather than actual, declines in revenue for the coming three-month period between July and September.

“It was understood that this risked making payments to businesses that recovered quickly and may not need support by the end of this period,” the Treasury report confirmed.

After September 2020, the JobKeeper payment was tapered down — to $1,200 fortnightly and again, in January, to $1,000 fortnightly — and the federal government required firms to show an actual decline in turnover to be eligible.

Treasury said a mechanism to claw back payments from businesses that performed better than expected was not introduced to avoid job losses.

“The introduction of such a mechanism would likely have reduced the overall level of activity and muted the recovery,” its report said.

“At the time of the JobKeeper review in June 2020, it was judged appropriate to maintain JobKeeper in its current form for a further three months, even though there was evidence some businesses that were initially heavily impacted were showing signs of recovery.

“This judgement reflected the still heightened uncertainty surrounding both the pandemic and the economic recovery, the weak economic conditions at the time, and the role that JobKeeper was playing as part of the broader macroeconomic response.”

Treasury said that large businesses with a turnover of more than $250 million made up 0.2 per cent of JobKeeper entities and received around 11 per cent of payments.

But 99 per cent of entities receiving JobKeeper had a turnover of less than $50 million or were not-for-profits, and over 80 per cent of JobKeeper payments went to these entities.

“These groups were particularly vulnerable to the impact of health restrictions because of their limited ability to weather economic shocks,” the report said.

It said by May 2020 it was estimated that about 12 per cent of JobKeeper recipients – roughly 375,000 workers – had been stood down from their job and were only receiving JobKeeper payments.

From June to September 2020, an average of about 260,000 stood-down workers were only receiving payments due to JobKeeper each month.

“In the first six months of the program, JobKeeper went disproportionately to more productive businesses, particularly ones that were financially fragile and that may have had difficulty surviving a period of reduced revenue during restrictions,” the report said.

“Some businesses did not have large declines in their turnover in the first six months of the program when compared with a year earlier.”

Unemployment rate would have been higher without JobKeeper

Treasurer Josh Frydenberg said that without the government’s significant fiscal support, including JobKeeper, Treasury had estimated that the unemployment rate would have peaked at least 5 percentage points higher, and remained above 12 per cent for two years. 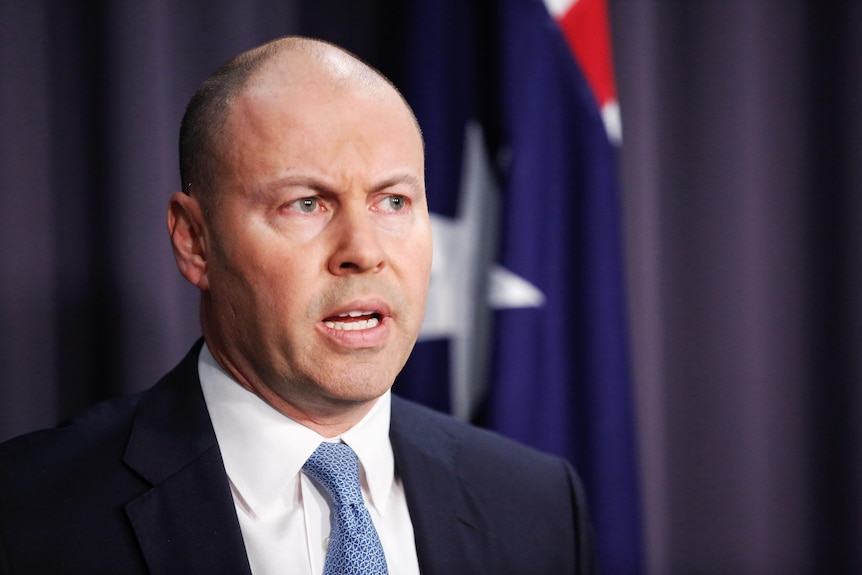 “By March 2021, Australia had surpassed its pre-COVID levels of GDP and employment, a better outcome than all major advanced economies.”

“The report demonstrates that JobKeeper was more than just a wage subsidy. It was designed to ensure the strongest possible economic recovery and avoid the scarring impacts on the labour market, which were characteristic of previous recessions.”

“JobKeeper was specifically designed, not as a furlough scheme, but as one that enabled businesses to adapt and stay open.

“It was this feature, combined with the six-month guaranteed support and the absence of a clawback mechanism that allowed JobKeeper to not only save jobs, but to create them.”

“This report is a stunning admission of failure from Josh Frydenberg that over $13 billion went to businesses which increased their turnover,” he said.

Labor MP Andrew Leigh is among some federal politicians calling for transparency register which shows how much firms with more than $10 million turnover received under the scheme.

Countries such as New Zealand have such a register but the Morrison Government has refused to introduce one in Australia.

A record 4.3 million workers walked off the job in August